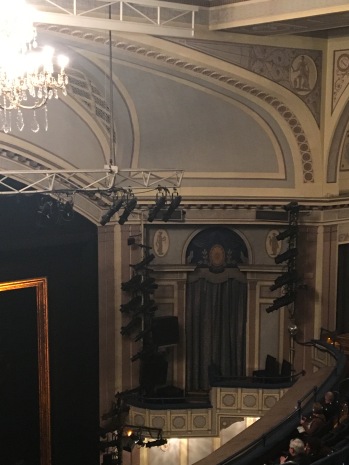 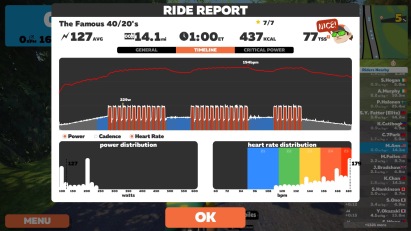 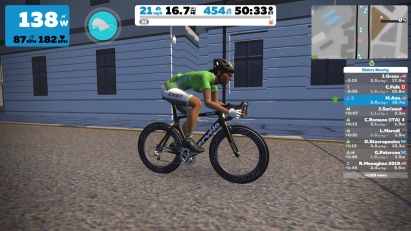 For all those who celebrate, Happy New Year!  This past week was good and short.  I had the pleasure of having two Mondays off in a row!  I tried taking that FTP test on Wednesday but it didn’t go so well.  I wasn’t recovered enough to take it.  I’ve learned a valuable lesson about proper recovery.  I had a rest day after the long weekend of hammering but it wasn’t enough to get my legs back on track.

Saturday I woke up like any other day of racing at Floyd except earlier.  I forgot to register in advance so I could’ve not gone if I didn’t want to.  When I left it was raining but I looked at the weather forecast and it said it would stop within the hour.  I called my girl but she didn’t answer.  When I was halfway there she called back and informed me that it wasn’t raining where she was.  I took that as a good sign of the rain clearing within the hour.  When I got there it was still raining.  None of us ventured outside of our cars to start getting ready.  There’s no cellular reception there so information is hard to come by.  We finally got an email of the race being cancelled.  One of the guys made a call and let the race organizer know that there were enough people there to race.  The race was back on except, being that it was cancelled, the points wouldn’t count towards the series.  We were a all a bit bummed but we were also itching to race.  We all woke up with the intent to race and so racing is what we would do.  It was chilly but the rain had slowed down to a very light drizzle.  The race was due to start about 45 minutes past the scheduled time.  It was a combined field of cat 4/5 men and women.  I was a little nervous because the turns were wet and sandy.  I did a warmup lap and we lined up to the start about 5 minutes after I returned.  I hung in for a lap and a half.  My new friend is really nice and was encouraging me to stay on his wheel.  I stayed there for a while but I couldn’t hang on for very long.  I stayed on my teammate’s wheel for a bit but I lost his wheel on the tightest of the turns.  Shortly after that I saw him get dropped but I was too far to get to him before turning into the brutal headwind.  One of the other ladies stayed with me for a couple of laps and we took turns pulling but then I couldn’t keep up with her anymore either.  I was lapped twice but I finished the race.  It’s true that I came in last but I’m just happy to be the kind of person that finishes what I start.  That wasn’t always my thing.

After the race we got ready and my girl took me for a pre wedding night on the town.  We went to dinner at a nice little Italian restaurant and saw Chicago.  It was a great show.  The set and costumes were simple.  The story was told with amazing music and great lighting concepts.  I’m just so happy.  She took me out and made me feel so good about myself.  She went through great lengths to make the night very special.  What an amazing friend!

On Sunday I had a hangover, not a drinking hangover, I only overindulged in coffee.  I was tired from getting up early and staying up late.  I woke up at the same time I aways do.  I wasn’t motivated to exercise and, even if I was, my muscles were sore.  It was also raining and the roads were very wet.  I decided to listen to my body and be lazy.  Being that I had the following day off I found it to be more beneficial to save my legs and ride stronger on Monday.  I did a couple of errands and chores but, for the most part, I napped and watched TV.  I never get to watch TV so it was a nice and welcomed way to spend a rainy day.

On Monday it rained again so I slept in just a little bit and exercised all morning long.  I did intervals at my new FTP that I set for myself based on my recent efforts.  It was tough but very doable.  I still had legs so I went for another hour on the course.  I did my planks and, after not doing them all weekend, I felt very good.  I spent a half hour at the gym doing weight training.  It felt so good to exercise the morning away.  I spent the rest of the day doing wedding related errands.  I’m very excited for the big day.

This may be my last post for a little while but I hope you all spend this time doing whatever it is that will bring you health and happiness.  Remember that your short term goals are just as important as your long term goals.  Have a great week!