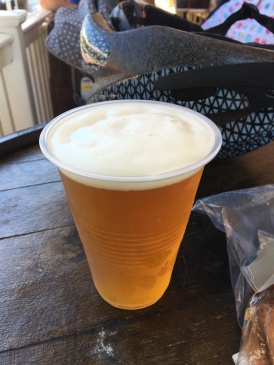 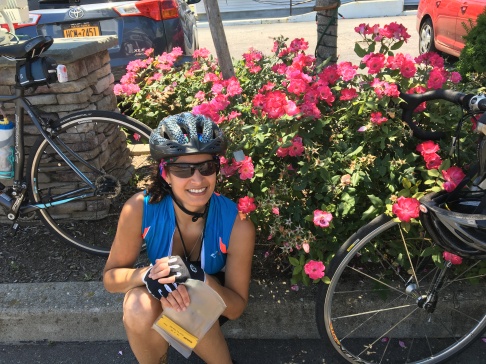 Every year since 2015 I lead a ride to Port Jefferson. In 2015  it was a mostly flat remote start ride.  We stopped in Port Jeff for a pic and ate in Kings Park.  One of the guys requested to have lunch in Port Jeff when I announced I would do it again.  In 2016 I decided to get creative and added a second starting location as well as a few extra hills.  The first starting location made it an 85 mile ride, those starting from the second (original) location would have a 66 mile ride.

Prior to doing the ride I sent emails asking who would be there and where they were starting from to see if this was something people were interested in trying.  I had a large response from people opting to do the longer ride and a small amount of people opting for the shorter ride.  We also picked up a couple of people at the lot that didn’t have a ride to go on, their group was at an away ride.

Although the second starting location was 9 miles from the first, I planned it so that we had 45 minutes to get there.  In the first 6 miles someone got a flat.  The guys asked me to call the second lot but I let them know we made time for that.  We got to the second lot exactly on time.

It was a very nice and scenic ride.  The guy that knows all of the roads suggested we avoid a sketchy intersection but, other than that, it was the same route as the previous year.  We stopped in Port Jeff for lunch.  I didn’t buy anything to eat as I was accustomed to carrying a power sandwich in my pocket consisting of PB, Nutella, & banana on organic multigrain bread.  I did get something to drink….. Port Jeff has a brewery that has amazing beer.  I had a Blast IPA.  I didn’t finish it as I had a ride to lead.

After that beer I was in less of a disciplinary mood but the guys were all very well behaved.  I called the turns calmly and we had a nice time.  We stopped to refill our bottles in Kings Park as planned.  On the last major climb one of the guys started to cramp. He barely made it up that hill.  We were less that a mile from the second lot.  He started from the first lot with me.  I arranged for him to get a ride back to the lot from one of the guys on the ride.  The guy that took him back is a really nice guy that sometimes comes across all wrong.  I always told people what a nice guy he is and that day they all saw what I saw.

After that some of the guys started dropping back.  We all knew our way back from there so we kept moving and trickled back to the lot.  When we got back to the lot we only had three people in the main group.  It was me, the only other woman on the ride, and the human navigator.  He said he was the only man strong enough to ride with the women and he was right.

Our friend was waiting for us back at the lot.  He looked defeated so I took a few minutes to speak with him.  I let him in on my little secret. I eat protein, fat, sugar, and carbs for breakfast.  During the ride I eat a half of a cliff bar every hour and keep Cytomax in my bottles.  Proper nutrition during the ride will provide the necessary fuel to make it to the end.

Lately I haven’t been following my own advice about nutrition.  It’s not because I’m trying to lose weight or any logical reason.  I just don’t feel like stuffing my pockets anymore.  I know all of the benefits of fueling my ride but I just don’t feel like it.  I carry gels and blocks but that’s about it.  I don’t even eat them half of the time.  Perhaps now that I’ve admitted it I can take the steps to remedy my shortcomings and practice proper ride nutrition.